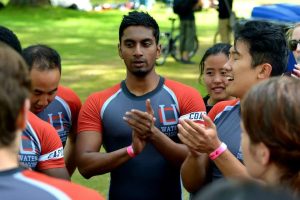 Do you ever worry that your low GPA will keep you out of medical school?

“What if there are terms I've never heard of?”
“In my practice passages, I sometimes find terms I couldn't have even imagined.. what if that comes up on the official test??”

If you answered yes, you're not alone. This is common among many premeds, including Ben who found a way to overcome!

In this interview, Ben shares how he went from a panicked premed with a low GPA to finding the confidence to earn an amazing score on the MCAT including a perfect 132 in Psych/Soc.

I had a low GPA but didn't want THAT to define me and ruin chances for medicine. So, I used that as motivation to study hard for the MCAT:

To prove to myself and AACOM that

I was a psych major for one year before switching out.
I wasn’t feeling it and it reflected in my grades.

So I switched to a neurology major for more biological explanations.

I was familiar already with about 70% of the psychology and 20% of the sociology (through courses such as Personality, Abnormal Psychology, etc.).

I studied for the MCAT for three months,
seven days per week,
roughly six to eight hours a day, realistically.

I gave myself a three to four day break at the end of every month.

Leah's Note: Not everyone can follow such an intense schedule without burning out. Review Step 4 in the Ultimate MCAT Prep Guide to create a perfect CUSTOM balanced schedule.

The first run through of the content was to familiarize myself with the material.
During the second run through, I read actively and created notes.
The third time I went over the material I reviewed my notes.

To avoid burnout I played video games, hung out with friends, worked out/stretched, and meditated with breathing exercises.

I did this for two months before taking my first full-length test.

The week leading up to the exam, I put more hours into relaxation.
This helped with optimum stress levels.

I spent the time to put them into my own words.

I tried to relate them back to how they could be applied in healthcare as much as I could by creating plausible scenarios.

I studied for P/S roughly eleven hours each week.

I think the the interplay of understanding research design, connecting them with P/S terms and concepts
as opposed to straight term memorization is what really unlocked my ability to do well. 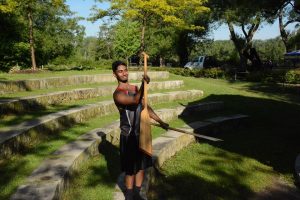 EK allowed me to get through the material quickly and it was easy to understand.

I used the EK In-Lecture questions for P/S.
These review questions honed in on understanding the terms and concepts.
However, there were a lot of low yield terms that weren’t covered.

These were a surprise on FL practice days and even the actual exam.

I used Kaplan for the low yield topics.

I used the AAMC Section Bank for practice, aside from full-lengths.

Very much worth the time.
The level of difficulty for the questions prepared me for the real thing.

I used Khan Academy for Chem/Physics, but not for P/S.

I didn’t use any flashcard apps. I have never found they work for me personally.

I was really disappointed, to be honest.

The main reason I did so poorly was due to PANIC.

I let my nerves get the best of me
and it affected my P/S & CARS scores.

I was so worried going into the test.
I was focused on the scores as opposed to treating the test as a challenge with confidence.

I concentrated on FL review that took two days:
one day to go over the whole thing (both incorrect and correct responses),
and another day to hone in on weakest points.

I found the Official MCAT to be challenging but overall, not too killer.

I found FL 1 & 2 were the most representative out of the three AAMC tests.

This was probably the weakest section.
I found I had to guess on some calculations to make time.
There was a bit more physics than I would have liked but the majority was more organic and general chemistry based.

(Perhaps I'm just focusing too much on the negativity of the physics passages and over representing them.)

Leah's Note: Nope, wasn't just him. Read about the New Direction for the 2017 MCAT. 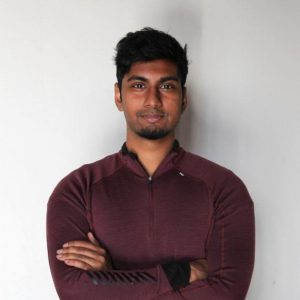 The passages in this section were longer than practice material.

There were more passages than usual.

But I had expected the worst so I wasn’t too rattled.

I semi-rushed the last passage but everything else was fine all things considered.

I just stuck to my strategy and knew my weaknesses.

This section was the most straightforward, and most fair section of the test.

This section was definitely harder than I've ever experienced it.

Practice tests had been a breeze typically, and I would finish with twenty minutes to spare.

I know people tend to enjoy P/S being the last section so they can relax through it,
but in this case,
it was like AAMC went, “Ha! you thought you were in the clear didn’t you?”

In the real test, it came down to the wire:

It was significantly more research heavy (except section bank).
The passages included a research study that would explain an investigation scenario.
Then it would ask what terms/concepts the research passage trying to answer.

Or it would ask for a weakness of the study design or
inquire what the findings should be based off the finding.

Overall, I enjoyed the challenging aspect of it.

I got my score back

Honestly, with my score of 132 in P/S,
I feel there was an element of luck involved.

This would be my best advice:

There were a lot of terms that I had NEVER seen before but I didn’t let that rattle me. 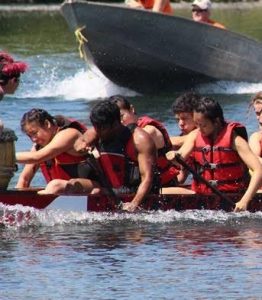 Going into the exam, I had prepared myself that there would be stuff that would be alien or foreign to me.

It was expected. I believe my mindset was incredibly important.

When I ran into unfamiliar terms, I was able to deduce what the question was getting at by understanding the passage's study design.

When I was studying, I didn’t simply memorize the material.

I thought of those terms/concepts in any scenarios where they could be relevant, such as research and studies. I put them into my own words.

This thought process helped reduce a lot of the randomness of terms, especially in sociology.

How is your mindset when it comes to practice exams? Do you overthinking and allow yourself to panic? Leave a comment below!

While the pre-2015 MCAT only tests you on science and verbal, you are still required to perform … END_OF_DOCUMENT_TOKEN_TO_BE_REPLACED

Keto Enol Tautomerization or KET, is an organic chemistry reaction in which ketone and enol … END_OF_DOCUMENT_TOKEN_TO_BE_REPLACED