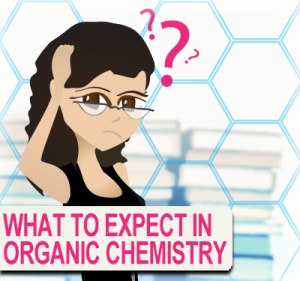 Organic chemistry is one of the most difficult sciences you’ll take in undergrad.
Many students fail and have to take it again.

Perhaps you don’t believe them, or perhaps you’re terrified.

But what can you actually do about them?

The first step to conquering an unknown beast is understanding it.

By understanding what’s coming and knowing exactly what to expect, you’ll be better prepared to tackle this course.

First, read to find out why Organic Chemistry is so darn difficult.

Now let’s talk about what this course is all about.

How Organic Chemistry Differs From The Other Sciences

Up to this point, you’ve gone through both simple and difficult sciences.

In biology, you spent your time learning about systems and structures.

You memorized names, shapes, images, and perhaps some numbers and figures.
You may have dissected worms, frogs, fetal pigs, or even cats.

It wasn’t easy, and perhaps it wasn’t fun.
But it was straightforward.
There was nothing too tricky or crazy.

In general chemistry, you studied what makes science tick.

You learned concepts and reactions,
memorized terms and processes,
and studied a bunch of equations,
which you then spent hours applying and calculating.

Physics was the same, but perhaps slightly more difficult.

In each of these difficult areas from free body diagrams to circuits and fluids, you had to invest the time to learn, but once you did, it was easy enough to follow.

It was a simple system.

This may be one of the only classes where you’re asked to truly think and come up with steps.

There’s no easy way to memorize your way through this class.

In fact, memorization will only serve to confuse you,

because for every “rule,” there are a gazillion (ok, maybe only half a dozen) exceptions.

How to Succeed in Organic Chemistry

So how do you prepare for a class if you can’t study (read: memorize) the material?

You go into everything with two questions:

It’s not enough to learn the “what.”
You need to know the reason behind everything you learn!

So when things change or an exception surfaces,
you can apply what you've studied to unknown circumstances and reactions because you recognize the patterns of the reactions despite their format.

So what will you actually cover in Organic Chemistry?

For a detailed chapter/topics list with associated resources, be sure to follow along with my Organic Chemistry Syllabus Companion.

When the average student hears “organic chemistry,” they think of reactions and mechanisms.

Some students might think of synthesis and retrosynthesis, which is an advanced approach to reactions and mechanisms.

And yes, organic chemistry IS really just reactions and mechanisms.

Any additional concepts in the course simply

The first week or two is more of a general chemistry review than organic chemistry.

In order to learn about the behavior of molecules and reactions,
you must, must, must, understand the structure, bonding, and other attributes of the molecule in question.

You’ll learn about atoms and orbitals; hybridization and bonding.

You’ll learn about the basic molecules, including how to name them.

This will allow you to carry out reactions on exams when given a name instead of a structure.

This will save your sanity as you write and rewrite molecules for every step of the mechanism.

Most of this should have been covered in your general chemistry course, but most likely wasn’t.

And if was, you've likely forgotten anyway. That's ok.

The heart of Orgo 1 is about preparing you to learn mechanisms.
But first, you need an introduction to mechanisms: resonance.

But we can't stop here.

You’ve got the structures, but let’s go more three dimensional.

How are these molecules studied? How do you look at them?

This is where conformational analysis comes into play:

This is the level in which you take two-dimensional reactions on paper and bring them to life in the three-dimensional world. 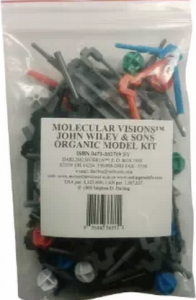 It’s not just about what’s connected to what, it’s also about how.

Spatial awareness and understanding will be critical to reactions down the line.

Many students (like myself at first) have trouble seeing stick figures in 3-dimensions.
This is where a model kit (the one I recommend) is not only advised but highly recommended.

Now that you have a good understanding of the baseline,
you will tackle some simple reactions and mechanisms,
including acid/base reactions, a topic you should remember from general chemistry.

What is a mechanism?

It shows you exactly how a reaction proceeds. Exactly which atoms/electrons attack, what they attack, which bonds break and which new bonds form. For every step of a reaction.

We know that H2SO4 dissociates in water: BUT HOW?

You’ll learn how to identify which atom does the grabbing and which atom gets grabbed; which molecule attacks and why.

This right here is what the rest of organic chemistry is about:

You’ll have a few odd topics thrown in here and there,

But the rest of it will be all about reactions and mechanisms.

How the heck are there enough reactions to fill two full semesters? What do you even cover in Orgo 2?

To put it simply: There are many, many reactions.

The average student will have to know and repeat 50 to 200 mechanisms by the end of Orgo 2.

Many of them are very similar. For example,

Orgo 1 may cover the mechanisms for alkyl halides and radicals, perhaps even alcohols, ethers, epoxides, and phenols.

Then you’ll move on to Orgo 2 for more of the same: aromatic compounds, ketones, aldehydes, carboxylic acids, amines, and more.

And if you’re lucky (read: have an evil professor) you’ll even tackle a few biochemistry topics including carbohydrates, amino acids, lipids and more.

You’ll spend anywhere from a day to two weeks on a given class of reactions, and then you’ll move on.

You’ll be expected to remember the beginner reactions, as they will tie into the steps of the more advanced reactions.

What Can I Do To Ace the Class?

So now that you know what to expect, how the heck do you prepare for a class like this?

The first thing to recognize is that while it may seem overwhelming to learn 50 to 200 reactions, it’s really not that difficult!

How do you do it? By recognizing patterns and similarities.

For example, when you start on alkene reactions, you’ll learn the following mechanisms: 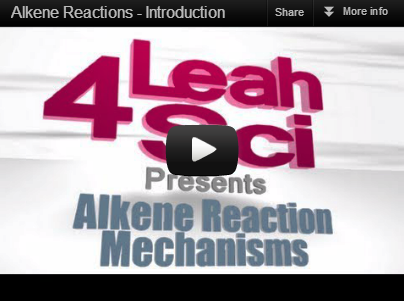 If you identify the principles of the reaction,
the what and why for each step of the attack,
you’re really learning ONE reaction: alkene nucleophile attacking an electrophile.

So as you study, ask yourself this question over and over:

“What are the similarities, what are the patterns, and even more importantly, why does this happen?”

By learning to think in this critical manner from Day 1, your studies will become immensely easier.

Don’t get me wrong: this class is still tough.

You’ll be required to invest many hours each week studying;

I recommend a MINIMUM of 10 hours per week for the average student.

But you won’t be wasting time trying to figure out what the heck is going on,
and you certainly won’t be trying to cram new information the night before your exam.

(as found in my 10 Secrets to Acing Organic Chemistry)

When you think you’ve done enough questions because you get it,
this is when you should do EVEN MORE practice questions.

That is the perfect time to test yourself even further to ensure you can confidently answer a problem no matter the twist, trick, or format presented.

For a headstart on the logic, I recommend watching video one in the Alkene Reaction Series. This video will explain the idea behind the big players in organic chemistry: mechanisms, nucleophile and electrophile.

What about you?
What about your organic chemistry course concerns you most?
Let me know in the comments below.

While the pre-2015 MCAT only tests you on science and verbal, you are still required to perform … END_OF_DOCUMENT_TOKEN_TO_BE_REPLACED

Keto Enol Tautomerization or KET, is an organic chemistry reaction in which ketone and enol … END_OF_DOCUMENT_TOKEN_TO_BE_REPLACED